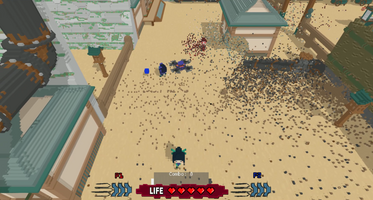 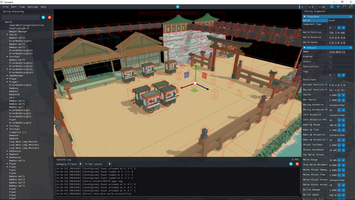 After a week of hard work, we managed to fix a lot of bugs and decided to release our engine to the public! You can now download the VoxaGine alongside the game. It utilizes ray marching technology and runs fully on voxels. You can use it to add your own content to the game, play around with values, or just see how far your gpu can go if you decide to destroy an entire map at once!

We also revamped some of the art assets, expanded UI, improved stability of the game and played around with some values to make the characters feel better.

We hope you enjoy the game!

Power through hordes of yokai with a friend, exploding everything you see into thousands of voxels.