A downloadable Assignment for Windows

This platformer was made as part of the CMGT Design and Production course at Breda University of Applied Sciences (BUas). It serves as the introduction to project whiteboxing, planning and testing implementation using something made in engine. For this particular project the Unreal Engine was used.

This game is designed around the use of a controller and we recommend using one. If a Dualshock or Dualsense controller is used we advice you to use DS4Windows to play.

A momentum based platformer. Jump and Slide on both the floors and walls to gather speed, and make your way through the obstacles in a world filled with jump challenges, moving platforms, breakable environments and disgusting ladders.

Justin van Oort, who serves as the project owner, David Wessman, Steve Morris, Radu Teodosescu and Dana van der Wal, the teaching staff of the first years DP students.
Our fellow students at CMGT and BUas
Our play testers outside of the course.

There's a lot to like in this at first - it's quirky, it has a sense of humour, and it's really well presented. The central mechanics of movement and sliding and jumping do feel solid and pleasing.

Unfortunately, after a while they get frustratingly hard to control. There were a lot of spots where I passed challenges by repeating the same tactics until the dash-jump landed me in a safe spot. It felt less like I was learning to master the mechanics and more like I was getting lucky.

There's a few clever ideas that I saw in level design, but the spike in difficulty was just too much for me - I didn't finish any of the levels, and by the last level I actually couldn't figure out how to get past the vertical breakable wall - I suspect it's the Super Meat Boy trick of hitting it, then bouncing off, but I couldn't get to safety with the second jump and just had to give up.

It's a shame to see something well presented and clearly put together with care and just not be able to enjoy it. Perhaps I'm just not in the target demographic, but it feels to me like it could have done with a lot more smoothing out of the difficulty curve! 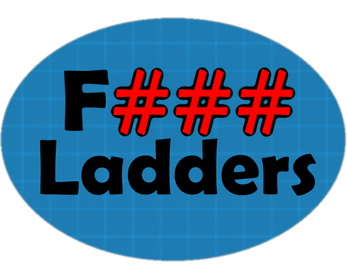