This is the platformer made by Team 7. It is based on the story that you fell into a mine and are now trying to find your way out through this dangerous cave system. Good luck and enjoy!

- Camera can zoom out way too far on some laptops/computers. We are unsure why, but it works perfectly fine for some people but causes problems for others.

- The capsule collision of the character can make it act weird while dashing (in/on walls) or while jumping. (jumping and hitting your head on a corner can make you jump higher)

- The moving platforms can sometimes act weird: They get confused when the player jumps on them and try to return to their starting point. (This has been fixed, although some players may still encounter this bug)

- The pressure plates will sometimes not respond if the player steps on them continuously.

There's definitely an art of subtlety that it's important for all designers to learn. I love the design of the dash mechanic, with the slow-down effect and all, but ultimately this feels like everything turned up to 11 and nothing given time to breathe and mature.

The character feels so snappy and responsive that it's really easy to slip into hazards. The lights are garish and nonsensical (not to mention you haven't disable Unreal's default auto-exposure so the levels are just wildly consistent all the time). It's great you have your own HUD with a lives display, but since the "Retry" button puts you back at the last checkpoint, all it does is difficulty-shame the player and add a bunch of clicks to the UX that gets frustrating very quickly.

There's some creativity in the level design, and some attempts to present interesting problems to solve, but they seem overly reliant on the player making connections that you're not easing them into. That the dash is required for the first couple hazards right after it is easily readable from the level design, but that it's required for the up/down moving blocks isn't - they're on a flat plain, affording the use of the regular lateral movement mechanics, and their timing is only slightly too fast for that.

I eventually gave up at the blue wall in level 3 - I think this was an attempt to recreate the brilliant collapsing wall from Super Meat Boy (jump onto the wall to trigger it opening, jump back to the platform while it opens, jump through the gap) but I just couldn't get it to work.

Overall, this feels like a project from designers who need to learn to slow down, breathe, study things and act with mature purpose. Study lighting. Robert Yang's GDC talk is a good place to start. Study movement and purpose. Don't just jam stuff down because it's cool - unpack why it's cool and know everything you can about it before you use it.

Hello Alan, since you said "I eventually gave up at the blue wall in level 3" I was wondering if you played level 4, I'm really curious about your feedback.
Sincere Emma

Sorry about that! Went back and played level 4 ... a bit short, but I'm impressed at how you got a nice sense of setting and environment. Unfortunately also a bit of poor placement of things in this level as well - very specifically the final section of the teleport challenge on the bottom section of the level. Without being able to see where I'll teleport to precisely, it's REALLY easy to fly off the platform, and that became very frustrating!

I'd also suggest looking at the spot (or two?) where you repeat challenges and making sure the geometry and set dressing isn't exactly the same, because I kept thinking I'd died and restarted really quickly! Players will ground themselves in the level based on variety in shape and background, so make sure there's plenty diversity in it. 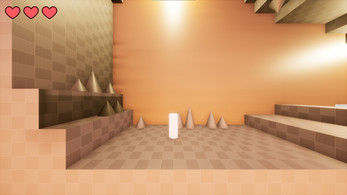 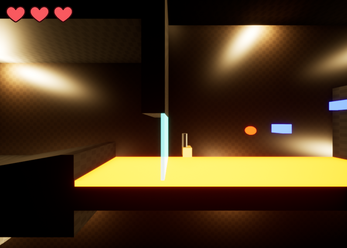 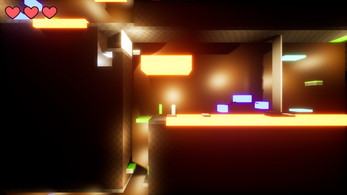 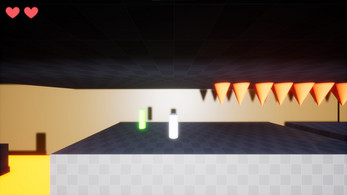