Have you ever wanted to be a cheese cube making your way towards a place that is free of deadly spikes, fierce turrets, and glowing lasers? If so, this platform game is for you! Are you skilled enough to make your way to the top while dealing with moving platforms, springboards, wall jumps, and breakable platforms which are there to turn you into grated cheese? Play our game and find out!

This game was made as a school project at Breda University of Applied Sciences. The task was to create a 2.5D platform game with a minimal artistic touch, and the main focus on character movement, camera, and controls. Each designer of a team of four had to create a level that introduces one special feature.

I was a bit surprised when I started playing this, because your self-deprecating commentary on the page had me expecting a disaster and, outside of the main character feeling a little bit generic (slippery enough that I can tell they're not quite the default controller but nothing to write home about) the first level of this was actually really good fun! The tilted camera gave it a nice feel, the lighting and colours are used well, there's a good rhythm and flow, and there was only one or two little spots at the start where I was pulling back on my jumps - and those were very clearly deliberate moments of pulling jumps short, and didn't feel sloppy.

In fact, I really wanted to dive into the build on level 1 - you clearly tried to highlight those moving platforms with lighting, and I think they'd really have benefitted from you slapping some dynamic point lights on the actor themselves, which is easy to do (even in a per-instance case).

Things do go downhill a little from there though ... not desperately - level 2's wall jumping is good, but I found it frustrating. The choice not to give any lateral boost on a wall jump is definitely a subjective one, but since you didn't have Celeste-levels of in-air steering I wasn't able to re-grab the wall if I didn't time the stick push away ... that got tiring for me, but that could definitely be a subjective point worth testing. More of note is that level 2 didn't have quite the same level of clean geometry - lots of tiny bits poking out and overlapping. Still, that's the sort of thing I only notice when there's nothing outrageously bad to comment on!

Level 3 and 4 unfortunately broke me, because there's one particular move - springboard-dash-walljump - that I clearly couldn't get right. It is also worth noting that by level 3 the lovely camera angle and stylish flat colours aren't the same, and by level 4 it felt like I was playing a different game!

I think there's 2 lessons here: one is to playtest A LOT. Maybe the walljump is a subjective take and I just don't like it personally, but it's testing that would show you that. The spring/dash/walljump combo might be the same, but my trained gut says that's just too devilish a combo based on how the mechanics are implemented ... The other lesson is to iterate and COMMUNICATE. When one of you (i.e. whoever did level 1) figures out something fun and cool (i.e the camera angle, the flat colouring and materials, the lights), they should share it with the team, and the team should listen and appreciate! Don't silo yourselves for more than a day at most. Share, and constantly play each others' work, and think about that collaboration as you go - make variant child actors, create a library of geometry, do whatever you can to improve the game as a whole while you work individually! 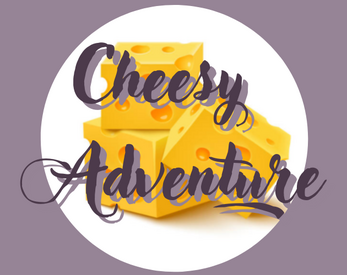