This game is made by three first year, BUas Students. Your goal in the game is to reach the end of the level by traversing through the area. But be aware as there are hazards that kill you upon touch.

THIS GAME REQUIRES A CONTROLLER TO BE PLAYED!

This is pretty neat! I like the very simple approach. Unfortunately in terms of features there's a bit of a lack of feedback - no audio whatsoever is a HUGE missed opportunity to add something to the experience.

There's an odd "floatiness" to the main character that took me a while to get used to. I'm hoping that's by design - it's odd, it's different and it's always nice to play something that doesn't feel like a default Unreal Engine character controller.

I did spot that in all 3 levels there's one or two spots where it felt like you were relying on me clipping platforms at the edges or otherwise "cheesing" a solution, but this is balanced out by some very nicely spaced sequences with sensible jump distances and good timings. For a game heavily reliant on moving platforms, I never once felt I was stuck waiting for them to sync.

Level 1 started slow then suddenly had a lot of spots that felt unnecessarily punishing, That said there was a few nice touches - I liked being put in the position of having to temporarily run in the path of a bullet towards the end.

Level 2 had a few smart moments and was generally the most balanced, and level 3 felt the most chaotic - the jump spacings weren't quite as solid as the previous two, but then there was a lot of creativity shown in the use of the drop-down dashes and (what I interpreted as) inverted wall-jumps.

One word of caution for level 3's designer: it felt like there was a deliberate lack of checkpoints, and that didn't sit with me personally. You need to keep in mind that difficulty comes in many forms, and consider what skills you're challenging and why that's fun. Most of the challenge in this game comes from timing (moving platforms) and dexterity (air jumping). A lack of checkpoints adds to difficulty, but it does so by testing stamina and patience, which felt a little out of place.

But for a nice, neat simple platformer this is really good work - just don't neglect audio feedback in future! 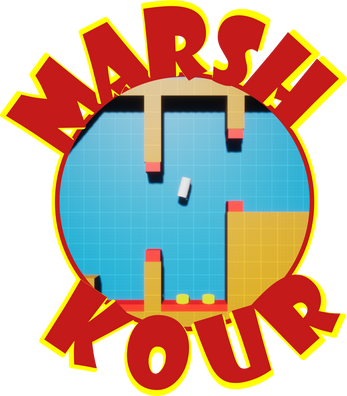