In this light-hearted and goofy 2.5D bike-stunt platformer, our hero is found lost in the cutesy theme park of his nightmares. Edgy biker-gang member "Big L" must find his way out of the park, using his trusty motorcycle to force his way through jolly clowns and past physics-based challenges!

Glad you liked the game!

I really liked the movement of the character in this game. I enjoyed it alot!

Thank you for the comment. Glad you liked it!

Honestly, this game is pretty good, it's well designed, the style of the game is actually flawless, I'm liking the cartoon-ish style, the controls feel good too, and I love the background ambient, makes the game feel really alive,

What a fun thing could be to implent is like a ''achievement'' rewards? like perform a certain trick, to unlock a new motor, or different clothing for the biker?

More maps would be awesome to see, as I know this game has alot to offer,

Keep it up dev's, GG

Hii, I've made a video about the game and wanted to share some feedback about it, hopefully it is useful for the devs :D

-The idea of the game is great.

-The gameplay mechanics are interesting but some times the controls feel unresponsivem, especially while trying to build up high speeds.

-The game visually looks pretty great, but it could be a little bit improved by adding some visual effects on screen and some polish on the textures of the level.

-The game design is well oriented and works great with gameplay mechanics, it would be nice to see some extra levels on the game.

Hopefully this is useful to you :D, also if you could subscribe that would help me a lot :)

Very fun game! I'm impressed by how large the playable area is and how well it's decorated with assets in the background. One point that could be improved is the readability of the clowns in some parts of the level, as I had several points where I bumped into them because I couldn't see them properly. Very nice character design on the MC as well, good job all around! 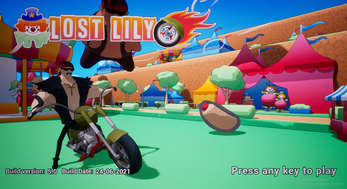 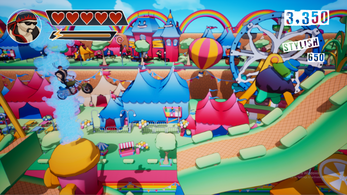 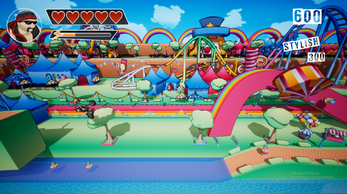 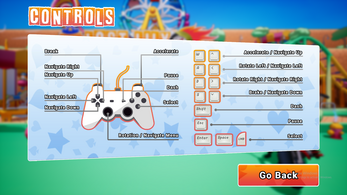 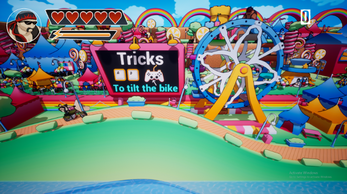