You are the Keeper of Light and your goal is to collect all the light required for you to defeat the monster. The monster is there to hunt you down and prevent you from getting what you and your people need. Explore the medival town of Wuldenholm and try to stay alive.

This game was made in the first year of the International Game Architecture and Design study program at Breda University of Applied Sciences.

We plan to extend and polish the game to give you an even better gaming experience in the near future.

I was very scared to play it. It is very well thought out and accomplished. The monster that appears and disappears all the time is very scary. The truth is that the music works perfectly, the crows with the ambient music help a lot to generate the climate of terror that is already in the scene. The gameplay works very well. It is perhaps difficult to know how to return but I followed the light that was seen from the places to save the game and I tried until I arrived. Anyway, not knowing how to return helps you get more scared. Therefore I don't know if I would change it.

The shadows are very well made, even my own shadow scares me haha. The manipulation of light it's perfect.
But the truth is that they did a tremendous game. Congratulations and of course Merry christmas.

YES. Very nice game. I am looking forward to what it's going to improve into. It has nice graphics, imaginative story, good controls. My only problem was getting back to the house. I've collected everything on the map, but sadly I couldn't find my way back.

Thank you very much for your feedback! We will definitely improve the signposting aspect of our game and make it clearer from the get-go where the player is supposed to go.

I booted up your game with little expectations due to the lack of polish on your itch page, but I was remembered that I should not judge a book by it's cover. Seldom I have actually start to sweat from a horror game like this one... the monsters steps closing in, the shadow of the monster enlarging on the cavarn wall... every corner I slowed down and held on to my heart hoping that the monster was not lurking around the corner. Hats off to the developers for putting this together in eight weeks, as horror games are hard to pull off!

I would like to see the stun effect on the monster prolonged so I can escape within a reasonable time limit, right now after landing my shot and turning around, it was already breathing in my neck again and I was not able to escape in a fair way. In the beginning of the level I was also a bit confused on what to do, until I walked down the hill and then started to get the tutorial messages.

I would definitely recommend you guys to polish your itch page ASAP so you don't miss the attention you deserve. I can't wait to pick this game back up next week and give it another try. Goodluck guys, you created something amazing here and you should be proud of it!

Thank you very much for your feedback :) We have now updated our itch.io page so that people get a better first impression of our game. 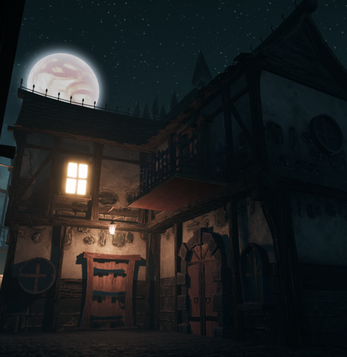 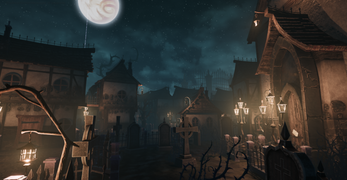 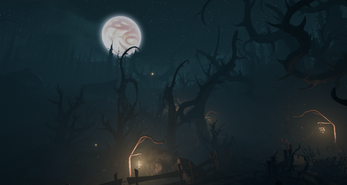 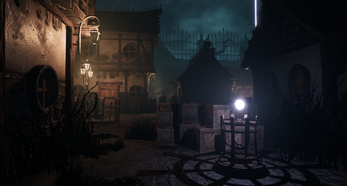 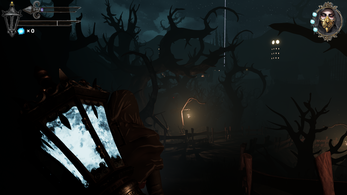