Explore a slice of the prohibition era of the United States while solving a murder case. Armed with a Notebook containing the power to unlock narrators you will use different perspectives to help deduct the truth.

Produced by a second year team at Breda University of Applied Sciences in 20 days over the span of 8 weeks.

Just finished playing. Very well made game. Had a lot of fun playing it.

Great work with the visuals, the mechanics, also the choice of setting was intriguing. We need more Prohibition Era detective games. :)

Just uploaded my playthrough to YouTube. Enjoyed it, the notebook mechanics really encourage you to read everything carefully, rather than skimming things. I did have a bit of luck with the door handle though - see the end of the playthrough for details (I don't want to spoil things here). Good job all round though!

Very nice game with great visuals.  I enjoyed playing and the interface was cool.

This game was super fun n thought provoking....especially when you just stumble through some clues rather than thinking logically/forgetting to unlock new characters 😅 the game looks and sounds so so good n I had lots of fun! Turns out I’m not a real good detective, I thought I had it cracked 😳🤣😂

Can someone please tell me how to interact with things? I'm clicking and pressing buttons, but nothing is happening

Help would be much appreciated!

We are not fully sure what you mean? Could you give a clearer description of what is happening and what you are trying to do in the game? Are you trying to play with controller perhaps, as we don't support controller.

You press "E" and it should work

Is it supposed to need SteamVR running? When I launch the game SteamVR boots with it, and when I close SteamVr the game closes, too.

The bureau is hard at work to fix the issue you encountered. We have our best personal on fixing it. This issue will be fixed with the next update. The update will be out later this week!

Reply
Bo55 Fatwod Official3 years ago
I was determined to finish the game. An hour and a half later, and I soon realised that I was missing a peice of evidence.

But in all seriousness a very cool game.

Let's start by saying good work on cracking the case. We observed your work with great joy. We saw that you needed some extra help from one of our  detectives ;)

Thank you very much on uploading your game play video, this helps us move forward with the game.

Your welcome. I bet I'm the only person that failed to realise that I was missing a peice of evidence lol.

Loved the notebook mechanic as all information you gather can be relevant with it. This forces you to stay sharp and inspect the information very closely. Really makes you feel like a detective. Also the mood and set design is awesome!

Apart from some minor bugs here and there, my main issue was that some of the puzzles can be "brute forced" still (for the padlock I simply listened to the sound on my first playthrough for example), because of which you can complete them without doing proper detective work. This can be confusing.

But you definitely are onto something! Best of luck and keep up the great work!

Thank you for the report Detective!

First of all, The bureau is very pleased to hear the notebook was helpful in your case. Your observations as a detective proofs again, seeing the list of improvements you posted. We are thankful for your feedback. The bureau will keep them in mind when moving forward.

The note taking mechanics are perfect for the genre as they require you to examine the information very closely.
With added variety on the puzzle side (variations on numeric codes started getting samey), better audio-visual fidelity and performance, this would be amazing if taken up to feature length.

We are happy that the notebook has managed to prove itself as a fit for the genre. The postive energy in your report will spread out through the bureau.

Thanks for your words detective Heatstroke.

I really like the game and the adventure element in it, although there are some bugs here and there.
Just a question: why you didn’t mention anywhere that you can scroll the notebook pages with the Q  button?
I discovered it by chance by misclicking.
That being said I look forward to future updates. Keep up the good work!

Thank you for the report Detective,

We are first of all happy with the clear things you list here. The bureau will keep them in mind when moving forward. The reasoning behind a lot of our choices is often a weighing of diferent factors, your feedback will now be part of those scales.

The motivational words for us to keep going have been passed on to the team!

Reply
The GDWC3 years ago

I love the art style and the immersive world you've built. Considering you made this in 6 weeks this is crazy, keep up the good work :D

I don't know if you've heard of Game Development World Championship before (gdwc2019) but it's a competition for indie game developers where they can submit their games and it's free! It's great if you want some more visibility for the game and it only takes a couple of minutes to join :)

Your remarks have been well received by the bureau. Regarding the invitation, we will be looking into it as we move forward. It has caught our interest. We will be updating over the next two weeks and see what we do with GDWC along the way.

We are happy you drew our attention to it.

Thank you very much detective!

I love the particle effects <

Seems you have a sharp eye for detail detective CryingWolfTears

That will come in use during your cases.

I really liked the game, and I would like to play more. Only thing that was confusing was that i got to the secret bar before I even unlocked Annabelle

The bureau is happy to hear that you enjoyed the case. Seems you managed to out detective part of the design! Good on you ;)

We will be using that report to improve while moving forward.  Thanks for your report detective Waidan!

Played the game for around 45 minutes and got all the questions right in the end! :) Will the future updates be major story changes or just some minor touch-ups? Would love to see more!

Good job on perfectly solving the case, the bureau is happy with your results. We are currently looking at how we want to move forward.

Keep an eye on the develop for further changes in the game.

Fun little game, I enjoyed playing it even though I usually don't play this type  of games.

A few things are counterintuitive though:

The game wants you to pick up each item to listen to the voice lines associated with them. However, I easily brute-forced myself through the door with the combination lock before even realising I could listen to voice lines  by picking up the items from before again.
The secret door control mechanism (referred to as a lamp even though its made of wall) is a bit finicky too, which meant I tried the required steps at least 10 times before realising how I had to move my mouse just right that I'd pull the lever correctly. Every time I picked up the lamp though, Annabelle's voice line played again. The same thing happened when I tried to adjust the frequency of the radio a few times, every time her voice line would play again. Honestly, it scared me a few times because the voice lines are so loud.

I love the art and sound in the game though, it creates a nice atmosphere.

We are happy to hear that you had a good time even with a genre a bit out of your normal comfort! Maybe you have found something new.

Thanks for posting your report. There are a lot of points there that we will be including in our next case review as the bureau plans their move forward. It will be very useful to us.

Thanks once more for the compliments.

I love this game! The story, graphics, characters and even how you play the game are phenomenal. It makes you think and be an actual detective. Great game!

Also, the testimony had names that weren't made clear with the rest of the story. Not sure if that was intentional or if you guys went through some changes.

Let's start by saying good work on cracking the case. We observed your work with great joy, although the question of the murder weapon did seem to give you some trouble ;)

Thank you very much on uploading your game play video, this helps us move forward with the game.

Great game! Kept me engaged until the end :)

The bureau is very pleased with reading this. Thanks very much for the kind words. 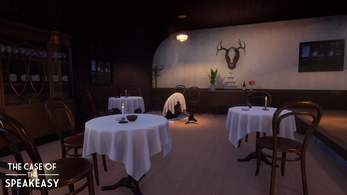 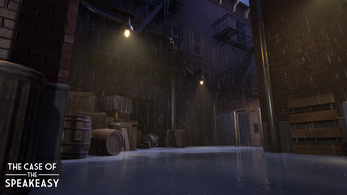 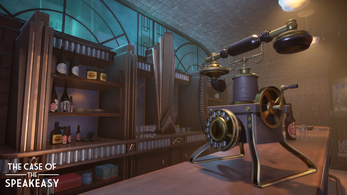 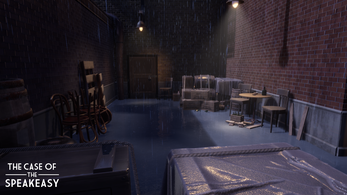