What Walks On Four Legs is a 3D Point & Click Adventure Game.

Play as Charles, an old journalist chasing down rumours of a strange phenomenon known as Portals that change anything that passes through them. An other-wordly mysterious light emits from the Lighthouse nearby. He had to see this for himself.

We'd greatly appreciate it if you could help us with our learning by filling in the playtesting form after you've tried the game!

Keep in mind that the current state of the game is Prototype. It is a work-in-progress and not all features are implemented yet. Some encounters with game bugs may occur as well.

From the browser
1. Download the game
2. Unzip the folder
3. Launch the WhatWalksOnFourLegs.exe

Hello. We do not have any formal way of communication, but you can reach out to me on Discord #Jordi~#0030

I've just posted my playthrough to YouTube with a few of my thoughts on the game - hope it's of some use in the future development.

This is long, and it's critical, but I mean for it to be constructive.

I think I agree with the other commenters. It's clear what you're going for, but the execution needs work. For instance, we start with the note explaining that our character has been a journalist for many years, but we're clearly a child. I'd say that could be fixed with a scene showing the character passing through a portal, but then the portal would be outside the town, and the guard wouldn't make sense. Maybe drop the journalist bit, and go for "my parent was a journalist and vanished when they investigated the lighthouse." It's cliche, but it fixes the problem neatly.

Puzzle object size was another big sticking point for me. Pushing a boulder that size doesn't make as much sense as, say, a pallet, a stack of boards, or some sheet metal. Also, the crate at the house goes up to waist/chest level when on the ground, but goes up to head level when placed against the wall. This makes it a bit harder to determine how to solve a puzzle, because the parts you're given don't behave as they should.

The ladder puzzle didn't make much sense. It looks like the missing rung on the short ladder was at the same height as the one on the tall ladder. I assume that was to reuse the models, but the missing step wouldn't affect your ability to get to the platform. Flipping it fixes that problem, but I could also grab the missing piece from the platform without actually climbing the ladder. "A child shouldn't climb a ladder that tall" makes no sense, both because it's the same ladder and because I wouldn't put Grandpa on it, either. Old Charles doesn't add anything to the game currently.

Last bit, I swear. Combining the objects didn't make sense two out of the three times we did it. Put the wheel on the cart, then use the wrench to tighten it. I got the hook on the rope, but don't see why we added the wrench (maybe to weigh down the loose rope?), or why we used the grapple on the hole that only goes halfway up the wall, when there are exposed roof supports at the correct level nearby.

Overall, the feeling I got was that the idea for the age-shifting portals came first, and the puzzles were kinda forced to fit that idea. I'd like to suggest removing age altogether, perhaps in favor of a simple size change. You'd be able to shave it down to one character model, and you wouldn't have to worry about rigging for multiple models. Reverse the first puzzle. Start as an adult, fixing the plot hole, and have the guard say you can't come through. Put a small hole in whatever obstacle you use instead of the boulder, and make the character smaller, allowing him to sneak through the block and under the guard's window. Have a giant portal for strength tasks. Or, make the portal system even crazier! Spider portal! Fit into small spaces or climb walls! Jelly portal! Squeeze through grates!

Either way, this is early stages, so don't take the criticism too hard. I like the core concept, and want to see it flourish organically.

If you want to watch me actually play it, the video's below, and What Walks On Four Legs starts at 19:21.

This is some really good feedback. Thank for your time writing the comment and recording playing the game!

We are aware that some interactions and combinations don't feel right and can be frustrating. We'll get together and see what the best solutions for those are as we continue to polish the overall experience and the narrative as well.

first of all it is a wonderful great game with good game mechanics. But unfortunately it is much too short and the plot is missing a bit. What it is about is clear that a person goes through several times of his life. From my point of view it could be longer and above all a little more storyline

Hey, thank you for playing the game and leaving your comment. Improving the narrative is on our list. We'll try to polish it over the next patches. Unfortunately only after we're done polishing the current experience we can have a look at eventually expanding the game.

First of all great game I really liked it ! Unfortunately I'm stuck at the last level, and I really would like to finish the game, I'm on the highest floor of the house and I can't find any way to get down, could someone explain me how to get down please ?

Thank you for your comment! The issue you have described has been addressed and will be fixed in the next patch.

With the last update (0.6.1), this issue has been addressed. Download the new update!

thanks ! it works perfectly now !

I can't get to my inventory, it just jitters at the top of the screen without reacting to my mouse

Clicking on it will open the backpack. Thank you for the feedback. We will try to address this issue so it will be more clear in a future update.

The gittering is happening anytime I rest the cursor at the top of the screen, I don't click and it gitters. If I click the inventory opens for a second and immediately closes. https://www.youtube.com/watch?v=zr39Om4fxCI&ab_channel=shortjustin

Thank you for your detailed explanation. We will look into this issue.

Hey! This is played in 3rd person. You move the character by clicking in the level.

Beautiful game to look at and interesting to play! 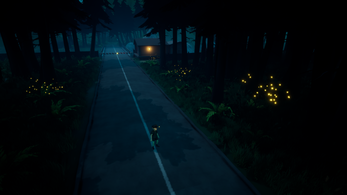 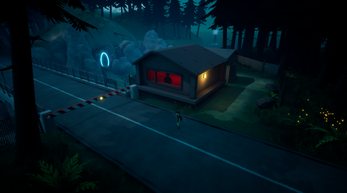 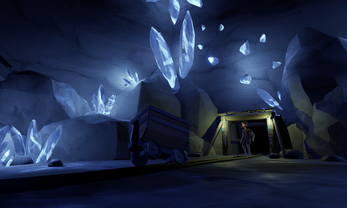 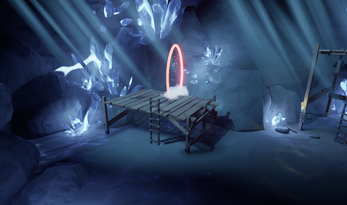 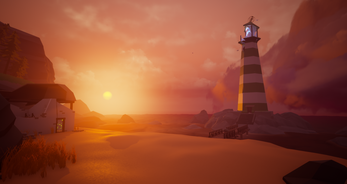